The phrase यहाँ से देखें [yahaan se dekhen] translated means to see from here, in this site specific  video installation at RM gallery, this statement is offered as a position to consider notions of memory, erasure and passing. The titular film यहाँ से देखें [yahaan se dekhen] explores the artist’s return to her Aaji’s (paternal grandmother’s) farmhouse in Fiji after an absence of 11 years, 13 years after her passing. The film explores the landscape of the country side, and the house, whilst slowly moving inwards to reveal an unchanged room: her room. Throughout the visuals we hear disembodied conversations, in Fijian Hindi and English. These conversations speak of the relationships she has with the house and with her family.

Shivanjani Lal is an emerging Pacific artist and curator, she was born in Fiji, is culturally Indian, and grew up in Western Sydney. Lal’s practice seeks to question the body, gesture and home. She creates work from her position as a twice removed culturally Indian, Fijian Australian artist whose history is intrinsically linked to the indentured labour diaspora of the Pacific and Asia. Currently Lal is using spatial activations and video to create archives which document and analyse her personal narratives in the broader context of the social history which brought her family from India to Fiji and now to Australia. This is done to preserve, create and redefine the history of the Indo-Fijian Community away from the narratives produced by the current political climate in both Fiji and India. 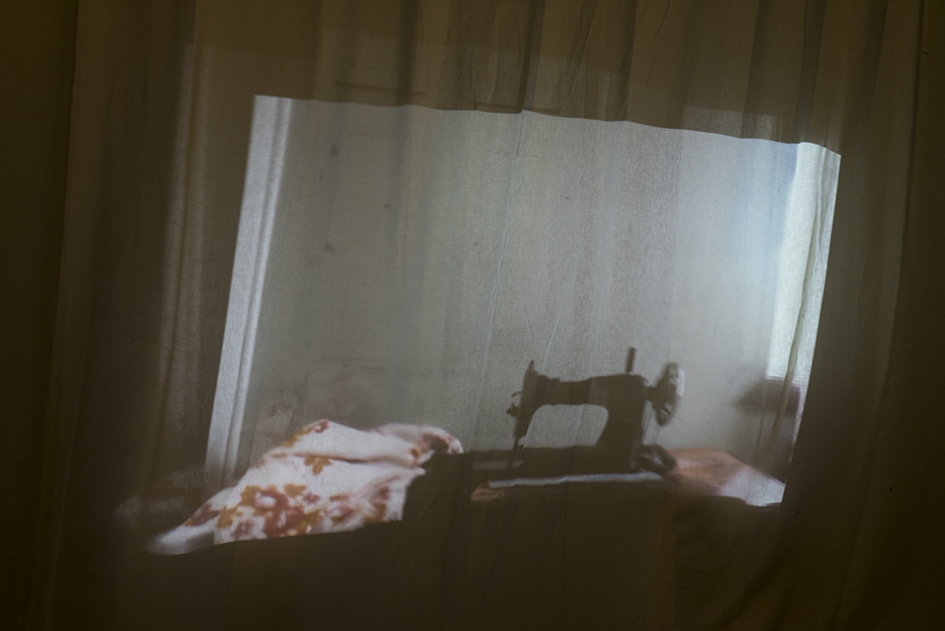 Sharing an interest in labour and the ethics of work within contemporary society, the artists in this exhibition approach the subject from a diversity of perspectives. Mindfulness apps, baby induced exhaustion, prospecting for gold and peace lilies are co-opted to propose new, prompt conversations. Invariably, each artist questions the nature of work and asks, ‘who is working for whom, and on whose terms?’

A reverberation of our home Tāmaki Makaurau. Mapping home through sound, colour and light from the underground for everyone.

Light, Colour, Sound play workshop.
Using elements of the installation we will be leading an interactive play workshop for families and groups with children.

An exhibition of new works by Ary Jansen and Matavai Taulangau.

How do we stop cycles of social harm while considering the histories and contexts of both survivor and perpetrator? <em>Good / Bad</em> is a monologue driven video installation which draws on personal and organisational experiences of using transformative justice as a way to navigate and solve social harm. Transformative Justice relies on the strength of community to support survivors while holding perpetrators accountable without the using punitive and isolating force of the criminal justice system.

Ary Jansen is an honours student at AUT and an active member of People Against Prisons Aotearoa who applies the theories and practices of abolitionist activism to his video installations. Ary aims to emotionally move his audience through why and how hegemonic structures such as capitalism, incarceration and colonisation instigate how we conceive of ourselves and each other.

Documenting the process of Cardboard Manufacturing. Filmed closely alongside the workers on their daily routine within the factory, specifically focusing on the physical manner of a variety of tasks. The work explores the co-existence of human and machine, the value of both components critical in the factory work life.

Matavai Taulangau completed his bachelor of Visual Arts with Honours at AUT University in 2016. Interested in the idea of labour, Taulangau takes notice, observes and through his lens based practice, values occupations which some may seem as not important. As he explores the value of work intrinsically connected is the value of people and their experiences.

Growing up, the word ‘social’ to me meant church socials — fundraisers for the Samoan choir that parents, aunties and uncles would attend on a Saturday night. With that is also the memory of bring-ing home suppers, a treasure trove of various cuisines including potato salad, chop suey, chicken curry, corned beef and taro.

Today, in an art context, the term social has taken on various new meanings and new ways to navigate the everyday. ’Social practice’ and ‘socially engaged art’ are not new terms for artists, curators and critics. A century ago the surrealists were creating hands on events attempting to liberate imagination. Recently more closer to home, the Auckland based collective FAFSWAG have been creating important self determining spaces for the queer brown body through art and their now iconic balls.

Social Matter is an exhibition not necessarily interested in ‘social practice’ but the idea of social as material — how ‘the social’ reveals itself and is shaped in different ways by various artists and their practices. The social will always be an integral part of art and the everyday as we as producers seek to engage with and create platforms for the communities around us.

Friday 1 September
#ThisHomeisOccupied
Screening 5-7pm.
Please join us for this screening of works from artists that talk to current housing issues here in Aotearoa. The screening will be opened with a cleansing ceremony by BC Collective.

An exhibition of new work resulting from a conversation between Ruth Ige and Ammon Ngakuru.

Ruth Ige deals with the black body in relation to space, place, presence and belonging. She is interested in creating spaces within her work where people of colour are the protagonists of imagined stories and places. Spaces where reality meets fiction and gives way to reflection and empowerment. At the same time she explores the complexities of a person of colours navigation of familiar and unfamiliar spaces.

Ammon Ngakuru considers ideas of distance, place and (un)belonging, he often utilises personal and public archival information as a guide in the production of installation based works. His current project considers the safe room in american survivalist culture. Recent projects include, A Shelter for Amnesic Relatives at Blue Oyster, Dunedin (2017), Driving from the nearest city, the roads are gradually smaller, stonier, less well kept, with Charlotte Drayton for the Stazione Di Topolò, Italy (2016); Since 1984 – He aha te ahurea-rua?, ST Paul Street Gallery (2015).

In 2016, Bella and Theo attended an entrepreneurial seminar to try and
acquire a little bit of funding to start a gallery. Though they left
without any cash, what Bella and Theo did gain – as well as the night
terrors – was far more important than money: newfound appreciation for
the exploitative language of corporate creativity!

“To ideate is to have ideas – and think them too.”

Bella and Theo IDEATE! is a set of propositions to artists: ideas for
form, ideas for content, ideas for place.

The exhibition is bookmarked by two music performances.

Bella and Theo IDEATE! will run until Saturday 15th July.

On the following pages is a record of every single exhibition gallery in New Zealand – to our knowledge – as of 20th June, 2017. We hope this document will help local artists find spaces to exhibit at around the nation.

Don’t get despondent when your proposal gets rejected, there are many more galleries in the sea!

An exhibition by Alex Laurie with text by Evangeline Riddiford Graham.

Makereti born in 1872, also known as Guide Maggie, Margaret Thom, Margaret Dennan, Maggie Papakura, and Margaret Staples-Brown, was one of three children of Pia Ngarotu Te Rihi, of Tūhourangi and Ngāti Wāhiao, and William Arthur Thom, an Englishman and former soldier from the colonial militiai (Werry 2011:51).

She was raised by Māori relatives in Whakarewarewa and the nearby village of Parekārangi, spending time at the village school in Ōhinemutu. As a young teenager she spent three years at Hukarere College, a state school for Māori girls that offered academic curriculum and training in domestic duties, preparing students for the gendered work of racial uplift prescribed by Māori reform movements of the era and for the assimilation to European custom favored by mission and state bodies (ibid).

Maggie Papakura was a guide at Whakarewarewa from 1893-1911, and reached celebrity status by hosting the Duke and Duchess of Cornwall in 1901. At the height of her fame, Guide Maggie assumed a role in the Pākehā public sphere: the state appointed Rotorua as the symbolic capital of Māoridom, Guide Maggie became the public face of the idealized Māori (Werry 2011: 54).

She fulfilled the romantic imaginary of Māori assimilation and racial harmony; she was “exotic” but spoke perfect English. She performed to the “Pākehā wish-image”(Werry 2011:59). Her dealings as a host and a business woman were enforced through her hospitality; she was charming and conducted herself gracefully. She demonstrated that edict could be learned and was not attributed to wealth or birthright, her conduct was the highest example of Māori modernity, progression, and assimilation.

In 1911 Guide Maggie took a performance tour group of forty to England, although returned to New Zealand shortly after due to lack of funds. However Guide Maggie returned to England one year later, now wed as Margaret Staples-Brown. She spent eighteen years in Oxford and in solitude created a “Māori room” (Werry 2011:86), adorned with taonga from Whakarewarewa. She was a student at Oxford University, although she studied in isolation. In 1930 she died suddenly. However, her thesis on Māori life and customs, “The Old-Time Māori”, was published posthumously in 1938.

The world that Makereti was born into was a place where New Zealand nationalism was being forged. The idealised version of ourselves, as people, and our place in the world, was being imagined. In the field of tourism our story was born, we look at ourselves, looking at others looking at us.

Ayesha Green (Ngati Kahungunu, Ngai Tahu) (1987) is an Auckland based painter. She completed a diploma in Museums and Cultural Heritage in 2016 and gained her MFA at Elam in 2013. Recent exhibitions include Biographies of Transition: Too Busy To Think, Artspace (2017), On The Grounds, Starkwhite Gallery (2017), and Seagers Walters at Mirage Gallery (2016).

Paintings and Films is an exhibition of new work by Melbourne based visual artist Fiona Williams. This work was developed while a Master of Fine Art candidate at Monash University in Melbourne, with the support of the Australian Government Research Training Program Scholarship and the Monash University Postgraduate Travel Grant. In early 2015 Fiona participated in the Summer Residency Program at RM where she spent the summer undertaking research that precipitated the early stages of this project. 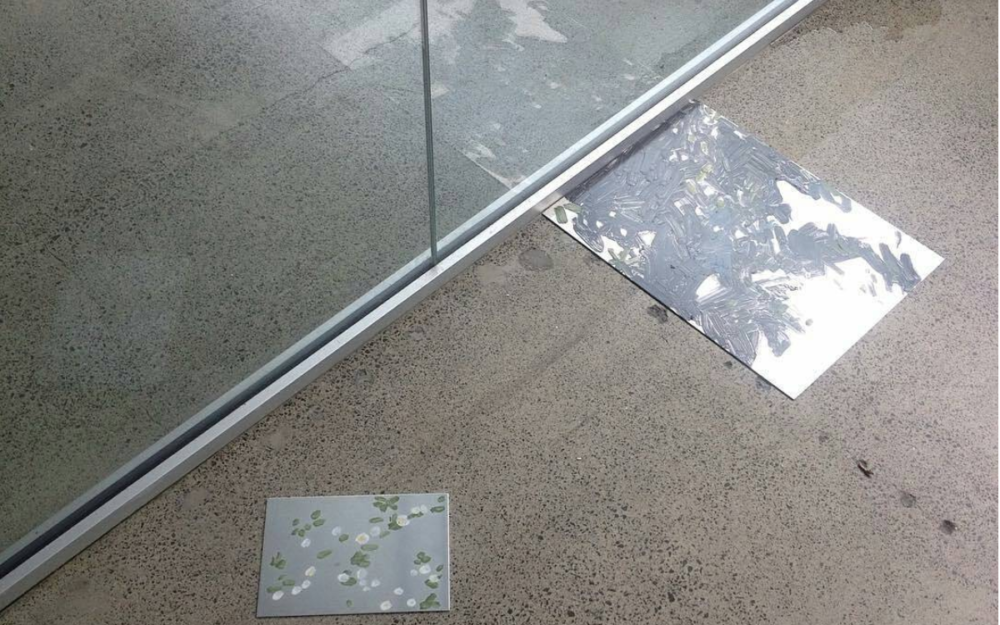 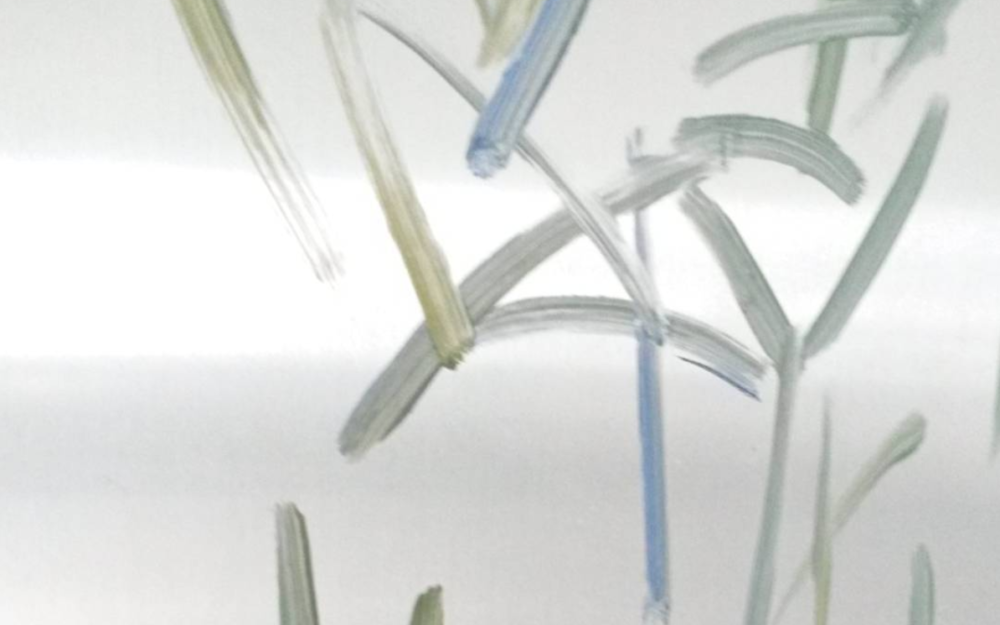