‘Happy Hour’ from 5 to 7 pm this Thursday. The exhibition, No More the Fruit by Deborah Rundle closes on Saturday so please come along for one of the last chances to see the show.
Affectionately known as Happy Hour, this mood shifting ritual marks the transition between work and home. Poised on the verge of irrelevance in the shifting terrain of work, it is ripe for a makeover. Definitely more open studio then artist talk, please join Deborah for refreshments.

Deborah Rundle
No More the Fruit

“Only those who have reflected on their condition will be capable of changing it”
The Right to Be Lazy, Paul Lafargue,1883

In the late 19th century, Marxist revolutionary Paul Lafargue, noted with disdain that the language of desire and leisure had begun to be used to promote labour. Instead, Lafargue advocated the three-hour working day and contemplative leisure, because “only those who have reflected on their condition will be capable of changing it.”

Today’s subjects find little time to plot, let alone organise extraction from the demands of late capitalism whilst living under the burden of a stifling work ethic, expanding workloads and precarity. This exhibition looks back as it thinks forward; wondering on new possibilities for the future. With techno-capitalism on the rise, it speculates beyond automation anxiety – a dominant worry since the advent of the production line. Could a collective political project be the coupling of a work less (rather than a workless) society with the potentially freeing benefits of AI and robotics? A new productive and creative agency, that stretches beyond the logic and limits of extractive capitalism might emerge through contemplative leisure and social organisation, signalling real change in the material world. 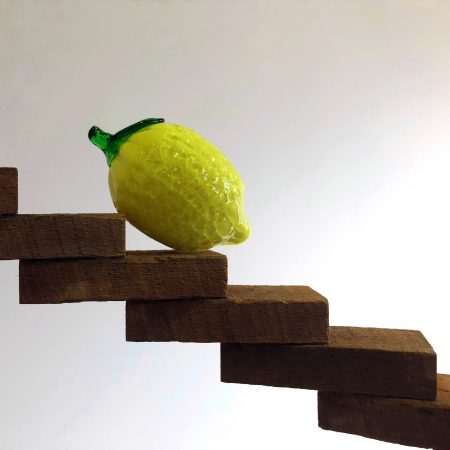 A Wardian Case introduces the flora of Kawau Island, home to Sir George Grey from 1862 to 1888. Grey’s shadow remains through the exotic plants and animals he introduced in pursuit of imperial prestige and prosperity. In quiet collaboration with the plants that endure, plant cell signals are sonified in chorus and cacophony. In hearing them, Kawau Island’s botanical transformation is traced and Grey’s legacy is unsettled.

A Wardian Case is accompanied by a text by Bruce E. Phillips which will be available online and in the gallery.

This work is made possible through the generous support of Creative New Zealand and The New Brunswick Arts Board.

Miranda Bellamy and Amanda Fauteux are partners and artistic collaborators who extend the stories of wild plants through site-specific research and experimentation. Working through ideas of reciprocity, animacy, and the personhood of non-humans is central to their practice. By listening to plants and responding through interdisciplinary projects, they queer the constructs that separate human beings from non-human beings and make space for the critical revision of human histories.

Bellamy holds a BFA from the Dunedin School of Art and Fauteux holds an MFA from Concordia University in Montréal. Since their collaborative practice began in 2019 they have attended artist residencies in New York and Vermont, USA, and have exhibited their work in Aotearoa, Canada, and the USA. In June 2020 they were digital artists-in-residence with Artspace Aotearoa. They live in Ōtepoti. 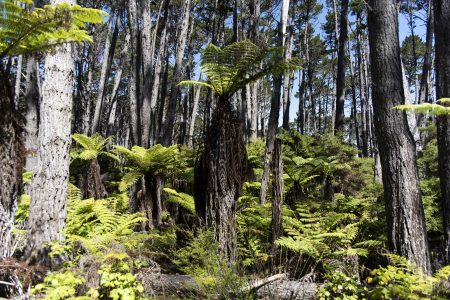 Nuisance ; a thing, person or situation that is annoying or causes trouble or problems.

But at whose and what expense? Under whose regime, does this ‘culprit’ cause ‘trouble’ toward? This “Nuisance” demonstrates a conjoined, concrete and fluid approach to body making, presentation of body, and self determination.

The Killing is composed of bodies that align themselves with principles of self determination, self authoring, and liberation; from the current regimes of dominance, that historically have attempted to designate subjectivities and construct bodies; including our own. 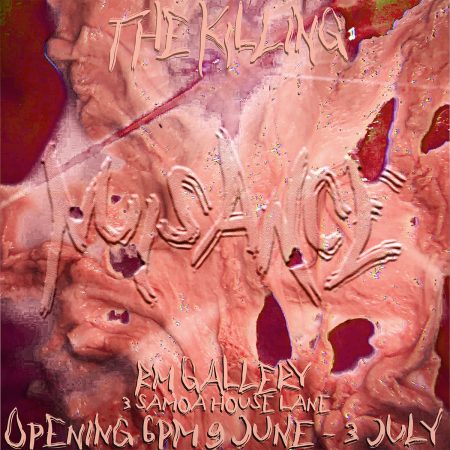 A conversation with interrupted events

The language of interruptions

I lose signal four times every work day. The first time is when the Southern Line train goes through the tunnel before Parnell. The second time is when the train enters Britomart Train Station. Then reverse when I catch the train home. The signal loss is barely noticeable. It just suspends events in time. If I’m on a phone call, the line doesn’t cut but neither person can hear each other for a minute or so. If I click a link on my phone, the page takes a little longer to load.

The Encyclopaedia Britannica defines “signal” in a communication context as “an interruption in a field of constant energy transfer.” For example, “dots and dashes that open and close the electromagnetic field of a telegraph circuit,” the “tapping of a pencil in a silent room,” or “puffs of smoke rising from a mountaintop.” It describes the changes in a single environmental factor as “interruptions.” It is the interruptions that give meaning to the event that is being interrupted. It is a series of interrupted events that creates a language.

Signals is the name of the late Mexican artist Helen Escobedo’s sculpture installed at the Fred Ambler Lookout. In 1971, Escobedo was one of four international sculptors flown to Aotearoa to participate in an international symposium commemorating Auckland City’s centennial. In an interview for a National Film Unit production about the four sculptors, Escobedo said when she visited the lookout for the first time she “realised it was such a beautiful sight, there was no point in interfering with it — I had to, rather, enhance it. In other words, one had to see through this thing.”(1) Escobedo worked with steel beams and aluminum tubes fabricated in Aotearoa to create the four forms that look like cross-sections of scaffolding.

When Signals was first installed it may have appeared as interruptions or interventions on the periphery of the city. Each form defines the world that surrounds it. The nature that fills the garden, once a neutral backdrop to the lives of those who passed through it, becomes active and material, no longer “pristine and external to modern urban life.”(2) Together the four forms that make up Signals and the world in between create a language — the interpretation of which depends on the actions of the audience that views it.

Over time language can be lost. After half a century the sculpture has become so integrated into its surrounding environment, like the nature it was intended to reactivate, we may have learned to unsee it. Deeply immersed in our routines, the runner runs, the walker walks. Onwards and onwards. Repeat and repeat. Only a lone seagull understands. It perches on one of the rungs of the sculpture for a brief, contemplative break.

As the Southern Line train leaves Parnell and enters the tunnel, just down the hill from the sculpture my signal drops out. However, a signal lost will return again, it’s just a matter of time. 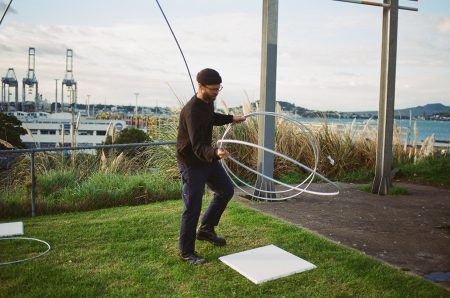